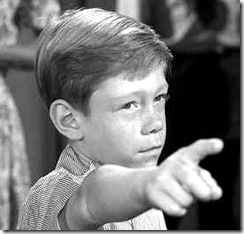 One of my favorite episodes of The Twilight Zone is “It’s a Good Life.” In it, Billy Mumy plays a 6-year old with godlike powers. Anything he can think of he can instantly materialize and transform, whether they be objects, animals or even some unfortunate people. Whether it’s a gopher with two heads, a jack-in-the-box toy made out of one of the neighbors, or an impromptu snow-storm, all Billy has to do is imagine it and it happens.

Rapid prototyping and personal fabrication technologies are creating a Good Life for all of us. The path from idea to physical object is becoming shorter and cheaper, with sub-$1000 3D printers and afforable CNC machines of ever-increasing quality. While not quite godlike and far less terrifying, the power to imagine an object and hold it in your hand 30 minutes later is quite awesome. Here’s an example from today.

One of my Saturday chores was to add a lock to a set of drawers. I purchased a generic lock assembly, but it didn’t quite fit the piece of furniture I was working with. I needed to assemble some standoffs and drawer tabs to make it work. I took a few measurements, drew the design in a CAD program, turned it into toolpaths with a CAM program and then cut it on a CNC router. Measure, Draw, CAM, Cut…the 4 steps are shown below. 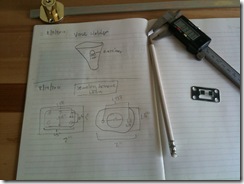 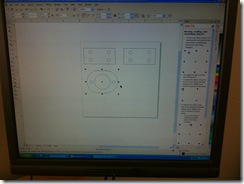 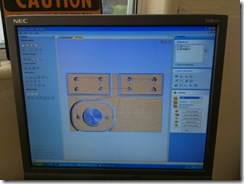 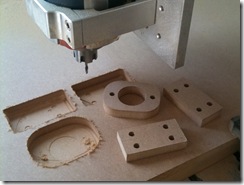 The process could be streamlined significantly. The conversion of my CAD drawing to gcode in a CAM program always feels like a tedious and unnecessary step. It’s the part where you specify important cutting parameters like speed, size of your tool, etc. so it is truly necessary but I can’t help but wonder how most of this info couldn’t be captured in the drawing itself. What I want to do is simply “Print” from the drawing program and get an object out of it. The interface to Epilog laser cutters is like this and it feels very natural. 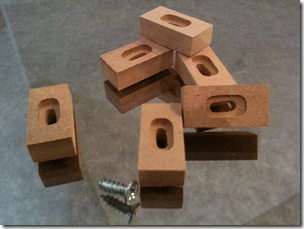 Minor complaints aside, it’s very empowering. Since you can knock out test parts quickly, it’s not the end of the world when something doesn’t fit quite right. I had to wish a few early designs into the cornfield today, but was able to iterate 3 versions on the most important parts within the span of an hour or so. The tolerances for the locking tabs on each drawer were very tight, and I was able to build something that was exactly what I needed without having to drive all over town looking for it. The width and thickness of the tabs had to be very precise to engage the locking mechanism while still allowing the drawers to close. I was able to do this and have a recessed slot so the screws would sit flush. In fact, the job took longer because of old habits. I spent half an hour looking for angle brackets or other parts I could use because it would be “easier” than fabbing some up. None of the existing things worked, but the custom parts came together quickly and performed just as well.

To my knowledge there’s no Gopher extruder available for the Makerbot yet, so nothing particularly menacing is likely to come from your local fablab. But just in case be sure to think only happy thoughts and be careful not to sing.

This entry was posted on Sunday, August 15th, 2010 at 2:29 am and is filed under atoms. You can follow any comments to this entry through the RSS 2.0 feed. You can leave a comment, or trackback from your own site.