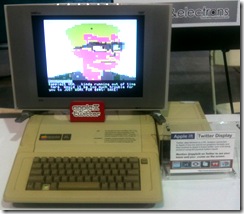 What a difference a year makes. A year ago I didn’t have a TechShop membership, didn’t know what Atmel AVR or Arduino meant, didn’t own a soldering iron and had never fired a laser outside of a DVD player. That all changed last year when I attended my first Maker Faire and was overwhelmed by the amount of creativity and technology on display. It was almost too much, as I remember walking around a little dazed not sure what to look at. However, when I think back on that day one particular exhibit does stick in my memory.

It was what appeared to be a home-built Apple ][ computer. It turned out to be BMOW (Big Mess o’ Wires). This was a guy who had built his own 8-bit computer (including a CPU largely of his own design) using wire wrap and some relatively simple components. An impressive project and he was just some random dude showing it off for fun.

Fast forward a year and I was a random dude with a few projects featured on Hack-A-Day and a desire to show them off for fun. I brought two existing projects: TweetWall and the surprisingly popular Apple //t and a new project I did special for Make Faire which was called Memewrestle. The common theme was displaying real-time data from Twitter on dedicated devices, and my exhibit was called Twitter Objects. 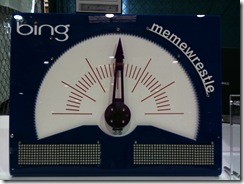 Memewrestle was designed to show the relative popularity of two terms on Twitter. My friends at Bing hooked me up with an API that counts all mentions of two terms over the past several hours and the relative popularity is indicated on a servo-controlled dial. They tell me it’s up to date within 10 seconds or so and folks at the booth reported seeing their Tweets update the data in real-time. We compared favorite Mythbuster hosts (Adam won, but it was close in the afternoon) and American Idol finalists (we correctly predicted Lee Dewyze as the winner) on Memewrestle, among other things. The contest for “favorite Black Sabbath vocalist” took a dramatic turn when Ronnie James Dio died earlier in the week, giving him a decisive victory. And if you need me to tell you the outcome of Justin Bieber vs. Lady Gaga you’re just not paying attention.

In addition to the projects I did a little bit of stuff for the booth. I built a nice color-changing LED sign inspired by a design that Macetech.com used last year. I designed a logo and cut it on a CNC vinyl cutter at TechShop, then stuck that to a light-diffuser panel in a wood enclosure I built. The sign is illuminated by RGB LED strips and driven by an Arduino and powered via several  Macetech ShiftBar modules. My software can control each of 6 LED strips to do color patterns and animations. 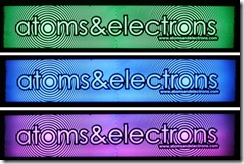 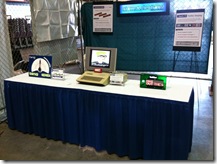 The star of the show was the 30-year old Apple //e showing live Tweets. Anyone at the show who mentioned @apple2t on Twitter would see their profile picture and message displayed on the Apple. Lots of folks did so and took pictures of their tweets on display. After the show I replied to each person who mentioned @apple2t and sent them the high-res and low-res versions of their profile picture generated by my software. Here’s a mosaic of some of the folks who stopped by the booth in Apple II graphics. 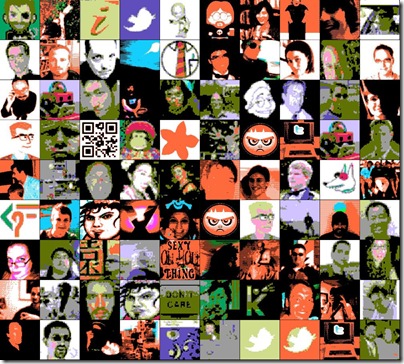 It was an exhausting weekend, but a lot of fun. I estimate that a few thousand folks came by the booth and I met a lot of great people. One of the best experiences was meeting people in real life that I’ve come to know and respect over the internet – and this happened countless times. It was also cool to have complete strangers come up and tell me how much they like my blog. Every once in a while someone would look at me in a confused way and ask what I was selling or what the commercial angle was. To each of them I gave the same response. “All of this…” I would state, stretching my arms out and pausing for dramatic effect “…is a vast money-losing operation.” It’s a labor of love and meeting cool like-minded people is one of the fruits of that labor.

The cherry on top was winning an Editor’s Choice award from Make Magazine for my exhibit. It’s hanging in my workshop proudly. 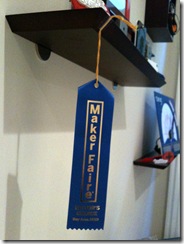 So will I be back next year? Absolutely, but I probably won’t be exhibiting anything. Next year I’ll be there looking at everyone else’s projects, just like the guy who wandered up to my booth wearing a BMOW T-Shirt. I realized a bit too late that this was Steve Chamberlin – the same guy that inspired me to do something last year was at my booth listening to my spiel. I really wanted to tell him that story but it was mobbed and couldn’t catch his attention. I recently learned he won a blue ribbon last year as well. I’m looking forward to seeing what some random dude does next year.